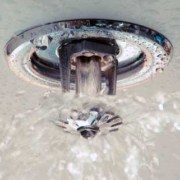 According to the National Fire Protection Association, fire departments respond to a fire once every 24 seconds. Meanwhile, nearly 4,000 Americans die per year in house fires. This means the likelihood someone will be affected by a building fire in his or her lifetime is far greater than most people expect. END_OF_DOCUMENT_TOKEN_TO_BE_REPLACED 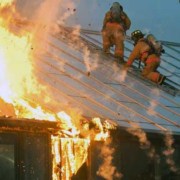 Being trapped in a building fire is one of the most dangerous situations you can find yourself in. According to the National Fire Protection Association (NFPA), between 2011 and 2015, an average of seven Americans died each day due to house fires. The leading cause of civilian home fire deaths during this period was smoking materials while cooking equipment was the second leading cause of home fire deaths. END_OF_DOCUMENT_TOKEN_TO_BE_REPLACED

If you’ve ever been involved in a home or commercial building fire, you’ll most likely agree that smoke alarms play a vital role in the safety of a building’s occupants. According to the National Fire Protection Association (NFPA), about three out of every five fire deaths happen in homes with no smoke alarms or the alarms aren’t working. According to a recent study, the death rate was more than twice as high in homes that did not have any functioning smoke alarms versus the death rate in homes with working smoke alarms. END_OF_DOCUMENT_TOKEN_TO_BE_REPLACED