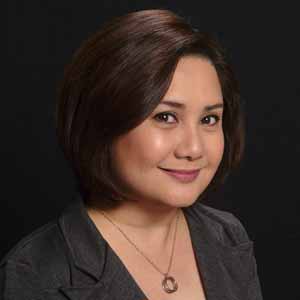 Nova Sevilla graduated with a bachelor of arts degree in communication and spent 15 years of her professional life in the field of media and advertising. She began her career as a production coordinator for a company that created jingles and musical scores for TV and radio commercials, servicing top advertising agencies such as McCann-Erickson, FCB and Ogilvy & Mather. She received training in administrative functions from front desk coverage to billing and collection, and represented the company in production meetings and project bidding.

After her two-year stint as production coordinator, Nova joined two other post-production companies as an in-house producer and studio manager, and eventually set out on her own as a freelance broadcast producer in the last five years of her advertising career.

She later shifted to print media as a managing editor in a publications company where she handled the production of a values-oriented children’s magazine for five years before making the big move to San Diego.

Nova joined Ivey Engineering in early 2013, coming full circle as an administrative support for the company. She assists in transcribing, organizing and archiving inspection notes and photographs, and in electronic files maintenance. She also provides backup coverage of the front desk